AFL Riverina would like to announce that the 2020 Volunteer of the Year is Nicole Lawrence.

Nicole is the current club secretary at Mangoplah CUE Goannas and has held the post for 3 years. In 2020 Nicole took on many roles within the club in addition to her duties as secretary including leadership in fundraising, netball management duties and rostering for catering and BBQs.

“Nicole did a power of work for her club in what has been a tough season on a number of fronts. Nicole consistently went over and above for her club making sure everything ran smoothly” said AFL Riverina Football Competition Manager, Thomas Walker

MCUE President Jesse Cunningham was glowing in his praise of Nicole and her dedication to the club.

‘There are not enough words to describe Nicole, the support she gives both football and netball players is huge and the mountain of work she does for the club is unbelievable!’

AFL NSW/ACT would like to thank you Nicole for her all-round dedication for the Mangoplah CUE Football Netball Club. We congratulate Nicole and her club for what was a great season under extremely difficult circumstances.

2021 McDonalds SNSW Women’s Competition off to a flier! 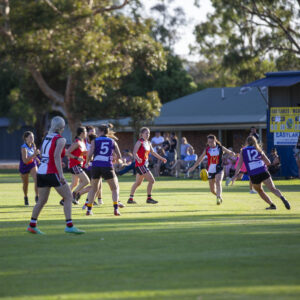 Richmond set to return to Lavington in 2021