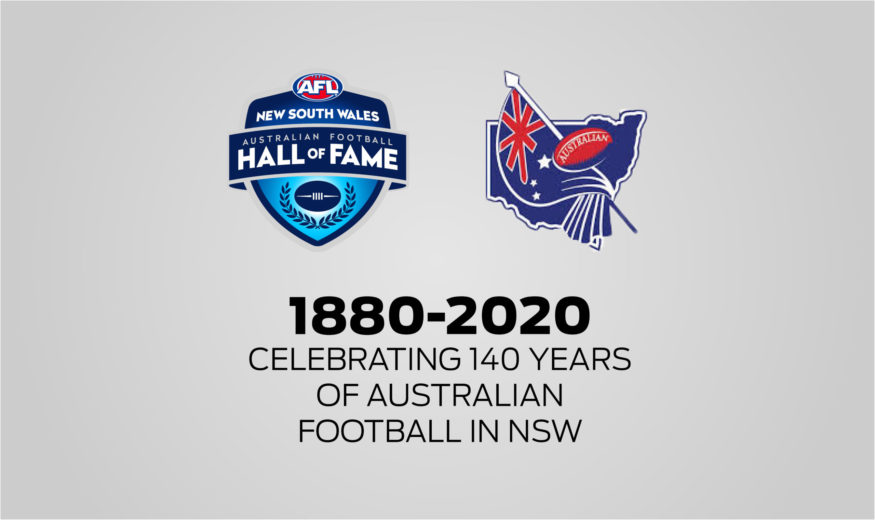 Australian Football celebrates its 140th anniversary in NSW this year after the founding of the NSW Football Association in Sydney in 1880.

Neil Cordy profiles the nomination of Ricky Quade to the Hall of Fame.

Footy is full of sliding door moments. If the great Norm Smith didn’t make the move to coach the Swans in 1969, Ricky Quade probably wouldn’t have worn the red and white.

It would have been a terrible loss for footy in New South Wales.

Not only would they have missed out on one of state’s greatest talents they would also have lost a lifetime of service at multiple levels.

All that may never have happened if it wasn’t for the arrival of the ‘Red Fox’ (Smith) who came knocking on the Quade’s door at the family farm at Ariah Park.

The 17-year-old Quade was hot property after kicking 101 goals for Ariah Park-Mirrool in 1968 and then following it up with 131 the next year. He even played against John Longmire’s dad Fred in an inter-league match between the South West League and the Ovens and Murray League who Longmire senior was playing for.

These feats were remarkable considering he spent most of his teens playing Rugby Union for St Patricks College in Goulburn where he boarded.

But Rick’s dad Leo needed some convincing he should go to the VFL after the experience of his two elder brothers Tom and Mick who played at North Melbourne. Both brothers VFL careers were plagued by injury and Leo wasn’t impressed by the player welfare at the time.

“I was set to go to North,” Quade said. Frank Gumbleton came from Ganmain and had spoken to me but dad reckoned I was too young to go so he held me back, then Norm Smith became coach. It was only because Norm Smith was coach that dad let me go, so I went to South Melbourne.”

Leo was no pushover, Smith and South’s recruiting manager Brian “Wrecker” Leahy had to make seven trips from Melbourne before they could convince Leo the Swans were the right team for Rick.

“It was little wonder dad and Norm became friends,” Quade said. “They drove up from Melbourne in the same red Falcon and got to know the road pretty well.”

It was also the start of a remarkable relationship between Quade and one of the giants of the game. Sadly it lasted only a handful of years due to Smith’s premature death in 1973 at the age of 57.

At his funeral a 23 year old Rick was one of the pall bearers along with Norm and Marjorie’s son Peter, their “adopted son” Ron Barassi and former Melbourne player Ross Dillon, another country boy, from Kyabram, who had tragically lost his father.

“It was a great honour,” Quade said.

“It was one of his wishes (that Rick be a pall bearer), his wife Marj rang me the day after he died. He was a legend, I was really fortunate to play under him. I didn’t realise it at the time because I was only 19, but he was a tremendous figure. Everyone says he was a great coach but he was a great man as well.”

There is no doubting Norm Smith’s position in the game. He was named the coach of the AFL’s Team of the Century in 1996 was inducted into the AFL Hall of Fame as a Legend in 2007.

But Quade believes he missed out on an accolade which went to his “adopted son” Ron Barassi after the 1970 grand final.

Barassi’s half-time instructions to Carlton players “handball, handball, handball,” have been described as the “Birth of Modern Football” after it inspired a 44-point comeback to beat Collingwood. But Quade believes Norm Smith started the tactic well before this with the Swans.

“Everyone attributes the handballing game to Barassi but it was Norm who created it,” Quade said.

“He started using handball as a tactic in 1969 and ramped it up in 1970. Skilful players like Skilton, Bedford and Hoffman thrived on that. He was also big on quick ball movement. In those days players would take a mark and go back and take their time, hold the ball in the air and take five minutes to kick it.

“To get South into the top four in 1970 was a huge achievement. That year South beat the eventual premiers Carlton by 12 goals”.

Smith was also big on work ethic and doing the right thing which he often communicated to the young Quade.

“He was in my ear about life and it was often about working harder,” Quade said. “His view was if you didn’t have a job you didn’t get a game.”

Those with life lessons came in handy through the challenging early days of the Swans in Sydney. “We were lucky to survive,” Quade said.

“We were well led on the field by Roundy, Mark Browning, Denis Carroll and those guys. They were offered big money to leave and they stuck fat. We were unwanted and unloved but it galvanised us.”

lNicole Lawrence named 2020 AFL Riverina Volunteer of the Year
Book Review - We Will Not Be Done: A Celebration of 100 Yearsr

Book Review – We Will Not Be Done: A Celebration of 100 Years 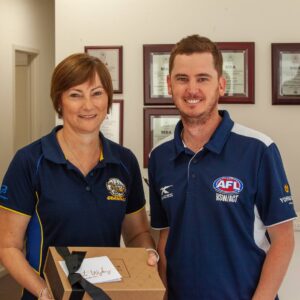 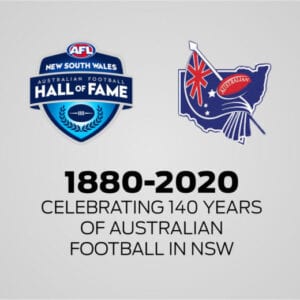