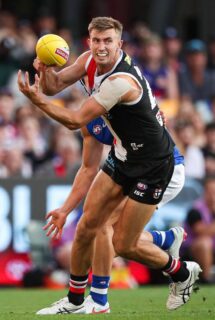 A raw tall forward with great hands and, although the club sees him as a future forward, last year he spent time down back for the Magpies in the SANFL. He attacks the contest with aggression and he will continue to develop over the next few years.

An aggressive key position player from Wagga, Howard joined the Power and played in one NAB Challenge game against Richmond near his home town. Injury hampered his ability to get on the field early, but he finished the 2015 season playing 11 SANFL games. Dougal made the jump to St Kilda for the 2020 season and is set to make a huge impact for the club in 2021.