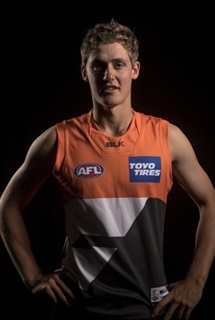 Harry Perryman has a very natural read for the game, he’s tough and willing to throw his body into the action, and he relies on his quick footy brain to get things going. He knows how to use his body in contests and keeps his feet when under pressure.